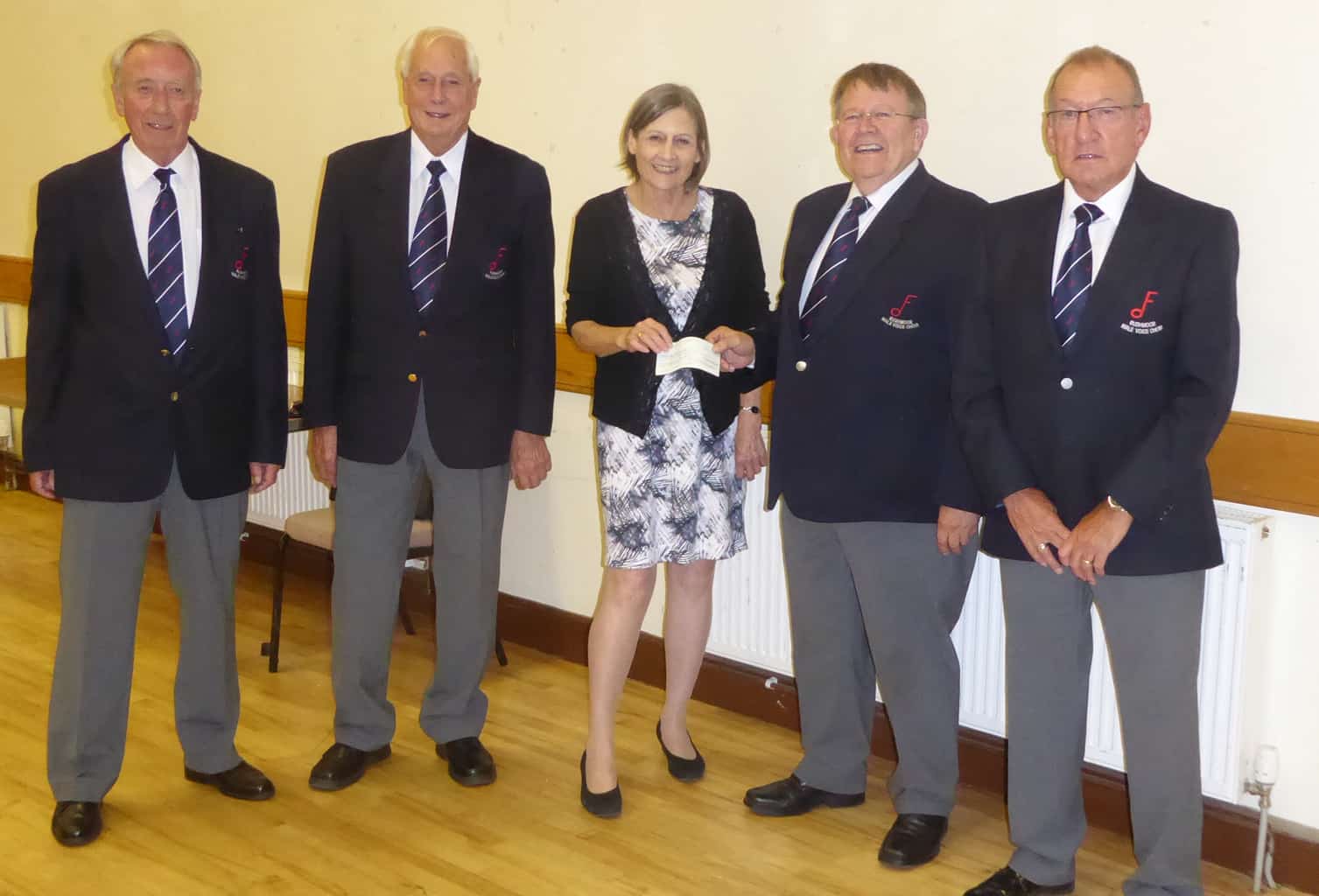 On 12th September Rushmoor Male Voice Choir presented a cheque for £1,266 to Frimley Health Charity for their Breast Care Appeal following a concert at the Princes Hall in June. The concert included numbers from guest artists, The Kindred Spirits, a ladies’ choir whose common link is breast cancer.

Peter Viveash, Chairman of The Rushmoor ‘Odd Fellows’ Male Voice Choir, today presented Sally McLaren, Chief Fundraiser for Frimley Health Charity, with a cheque that represents the proceeds from a concert held on 9th June at Princes Hall, Aldershot. The choir, under the baton of Musical Director Steve Petch and accompanied by Margery Wakefield, entertained the audience with a wide repertoire from classic choral numbers through popular hits to film and show themes. They were joined by The Kindred Spirits ladies choir whose members are at all stages of their journey with breast cancer, from women who were diagnosed 20 years ago and have now overcome the disease to others who continue to undergo treatment.

Presenting the donation Peter Viveash commented “We were delighted to be able to nominate the charity as recipients of the proceeds of our concert as it is both local and so close to the hearts of our guests, The Kindred Spirits”. Receiving the cheque Sally McLaren said “We are enormously grateful for this donation as it has helped us to reach our fundraising goal just before the end of September.  This means we can now go ahead with the purchase of the latest state of the art diagnostic equipment which will help to diagnose breast cancer earlier.  In addition, the hospital has agreed to match fund the money raised by the appeal to provide a dedicated breast unit for local breast cancer patients.”