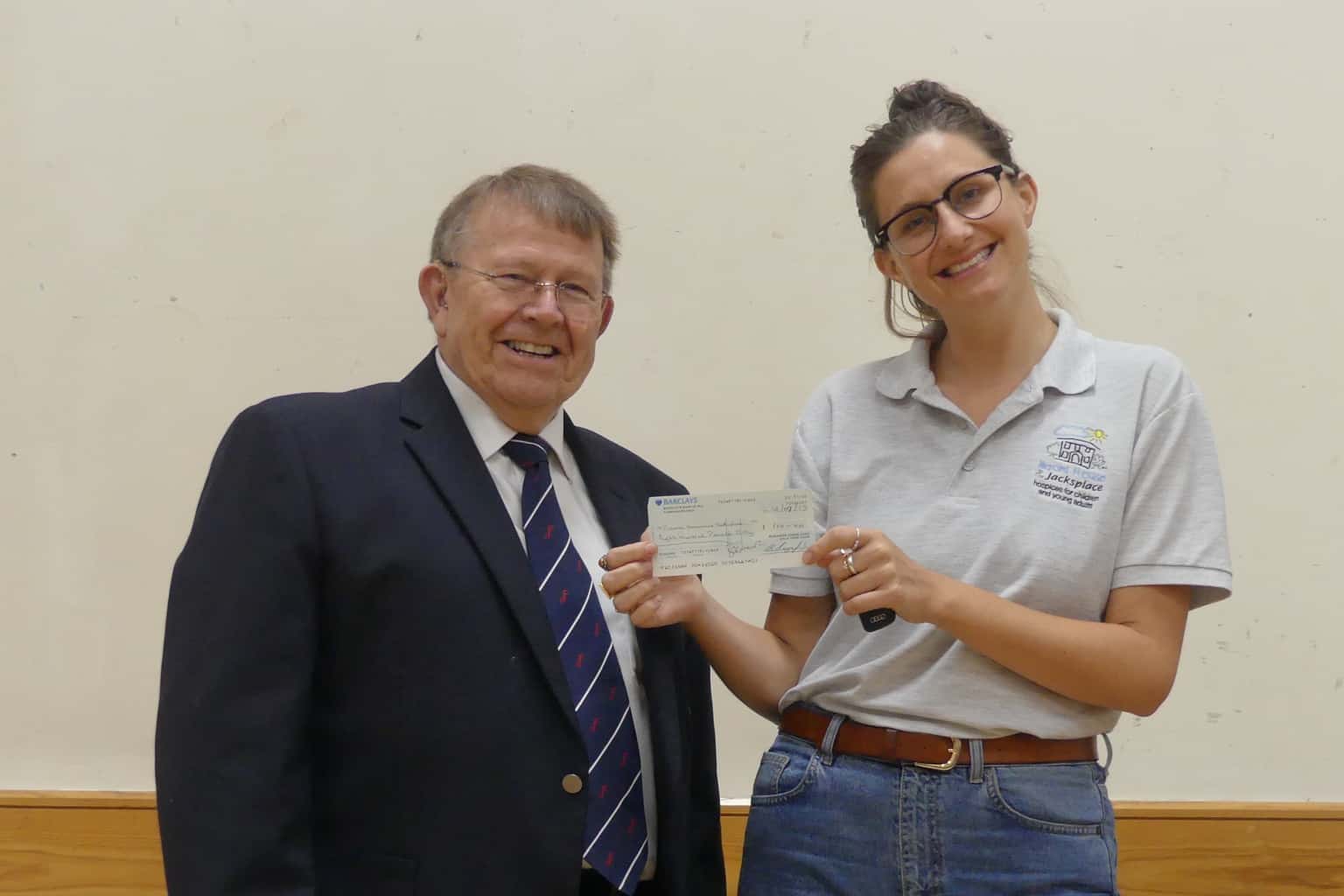 September 17, 2019– At a recent rehearsal the Rushmoor ‘Odd Fellows’ Male Voice Choir presented a cheque for £800 to Naomi House and Jacksplace hospices for children and young adults as a result of a collection at their Summer concert. The concert also included guest performances from the Camberley & District Silver Band.

The choir, conducted by Musical Director Stephen Petch and accompanied by Margery Wakefield, entertained the audience with songs ranging from classic choral pieces through popular hits and show tunes even including the theme tune from the hit BBC comedy, The Vicar of Dibley. The Camberley & District Silver Band under the baton of Chris Alexander added a similar variety of pieces that spanned a repertoire from traditional band tunes through to Paul McCartney’s frog chorus.

Presenting the donation Peter Viveash said “We are proud to have been able to support Naomi House & Jacksplace Hospices once again. The exceptional work done by the charity to provide care for life-limited children, young adults and their families is superb but only 10% of the funds it requires comes from Government.”

The end of September will see the Odds on a short tour of Devon and are honoured to be singing in the beautiful Buckfast Abbey for one of the concerts on the trip. Surrey and Hampshire locals needn’t worry though as the choir will be back in plenty of time to rehearse their Christmas concert that will be held in Farnham Maltings on 6th December.