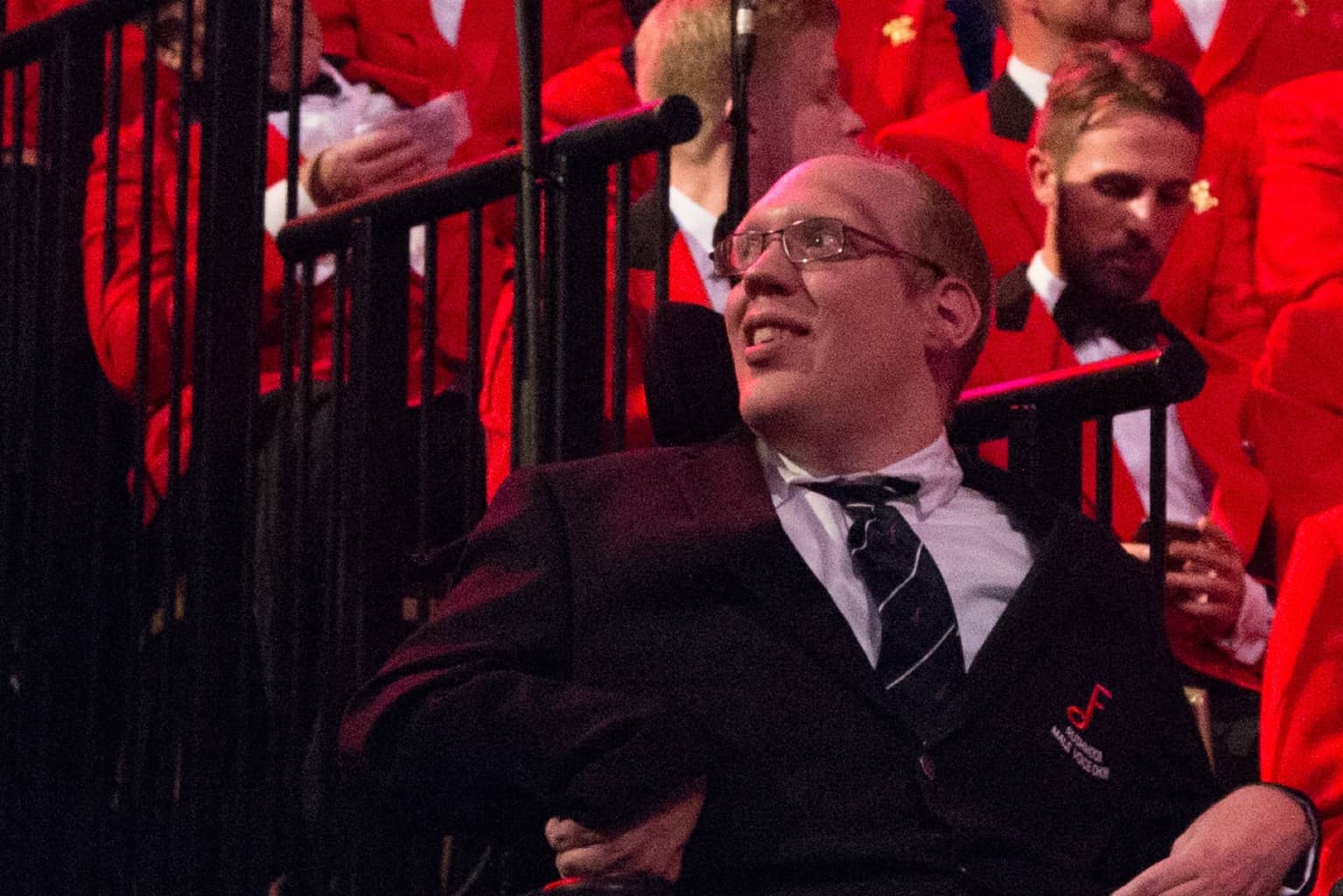 Matthew James is a valued member of the Rushmoor Male Voice Choir (the ‘Odd Fellows’), but that’s not all he does by a long way. One of his many other interests is as a Trustee of the Freewheelers Theatre & Media Company who, this week, receive the Queen’s Award for Voluntary Service. The annual award is the highest given to local volunteer groups across the UK to recognise outstanding work done in their communities.

The Freewheelers Theatre and Media Company was established in 1989. It is based in Leatherhead and works with disabled and non-disabled artists using theatre, dance, film, music and animation. This week they will be presented with a Queen’s Award in recognition of their work “supporting disabled people in achieving their artistic aims”. Matthew has been a member of Freewheelers for many years, performing in productions that have toured around the south of England. Their most recent production, “Destiny Betrayed”, was based on real events, uncovering the reasons behind a murder and taking the audience on a journey from a peaceful beach in 1905 through the muddy trenches of the First World War, and on into the future.

Music is a great passion for Matthew, he says “music is so important to me I just couldn’t imagine a life without it.” He is not only currently the youngest member of the Rushmoor Male Voice Choir but also sings in two choirs based at Aldershot’s West End Centre and with the Ash Vale Community Choir. His greatest love is Opera which he says, “developed from the age of five when my Dad played me a recording of Pavarotti’s Nessun Dorma”. Matthew indulges his love with very frequent trips to the Royal Albert Hall during the Proms, and he says the venue is “one my most favourite places, so going on stage to sing with Rushmoor Male Voice Choir last year was just magical”.

Music, however, is not Matthew’s only enthusiasm. With Freewheelers, and independently, he has delighted in going into schools to deliver disability awareness workshops. He plays Boccia, the disability sport that is related to bowls and pétanque. In fact, he has represented England at the sport and won the National Championships in 2009. Matthews’s love of Paralympic sport meant he was very proud to become one of the ‘Games Makers’ in London 2012.

Last, but by no means least, Matthew is an ardent Aston Villa fan and tries to get to a number of away games every season. It might seem that he has no time left for anything else, but Matthew is currently looking at also volunteering for Hospital Radio at Frimley Park!