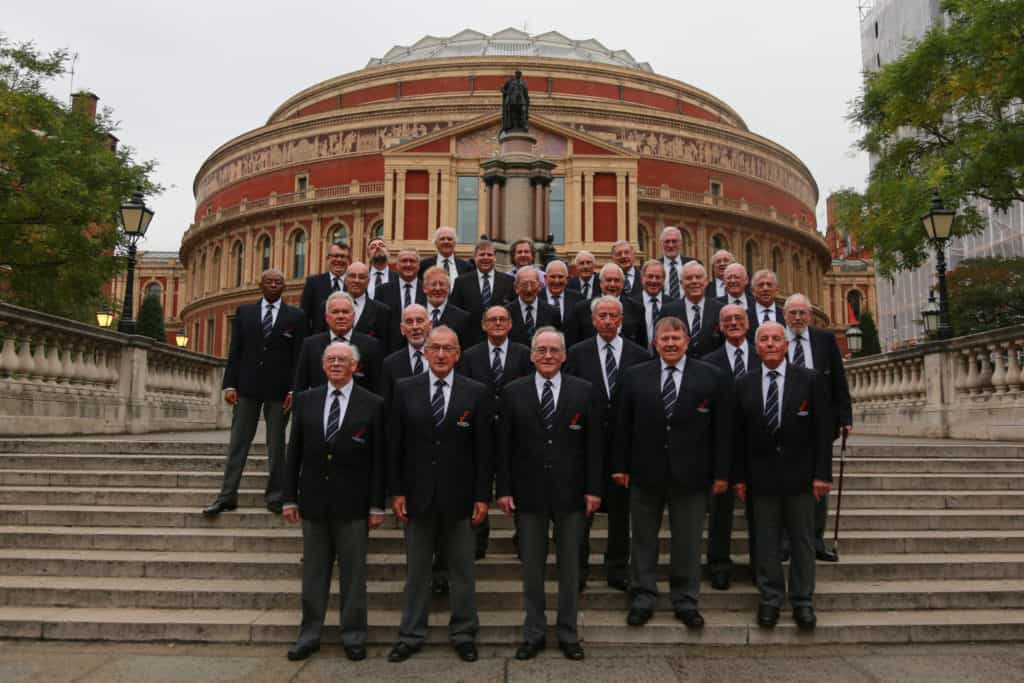 Rushmoor Male Voice Choir had the honour to be, once again, invited to take part in the London Welsh Festival of Male Choirs held at the prestigious Royal Albert Hall on Saturday 15th October. They joined around 600 fellow choristers from 13 other choirs representing Wales, England and Ireland and from as far afield as Hong Kong and Boston, USA to provide an evening celebrating Wales and the tradition of male voice choral singing.

The Festival of Male Voices takes place at the Royal Albert Hall every two years and choirs from around the world take part by invitation from the hosts, The London Welsh Male Voice Choir. Rushmoor Male Voice Choir, known locally as “The Oddfellows”, have now participated in 6 of these concerts. Saturday’s programme for the 25th festival included items performed at the very first festival in 1969 and also new numbers, including a moving tribute to the 144 victims of the Aberfan Disaster which took place 50 years ago this week. The choirs were supported by leading Welsh musicians, including the Royal Welsh College of Music and Drama Symphony Orchestra, accomplished Welsh male and female soloists and the great Royal Albert Hall organ all under the baton of the Musical Director of London Welsh Male Voice Choir, Edward-Rhys Harry. One number was particularly enjoyed by the men of Rushmoor – a performance of ‘Working Man’ arranged by, and conducted on the night by, the Rushmoor MVC President Dr Haydn James.

“It is a great tribute to the quality of our singing that we were asked back to this festival for a sixth time” said Peter Viveash, Chairman of Rushmoor Male Voice Choir, “We had a fantastic day on Saturday that concluded over a year of very hard work – all 18 numbers had to be learnt off by heart and 6 of those are in Welsh!”