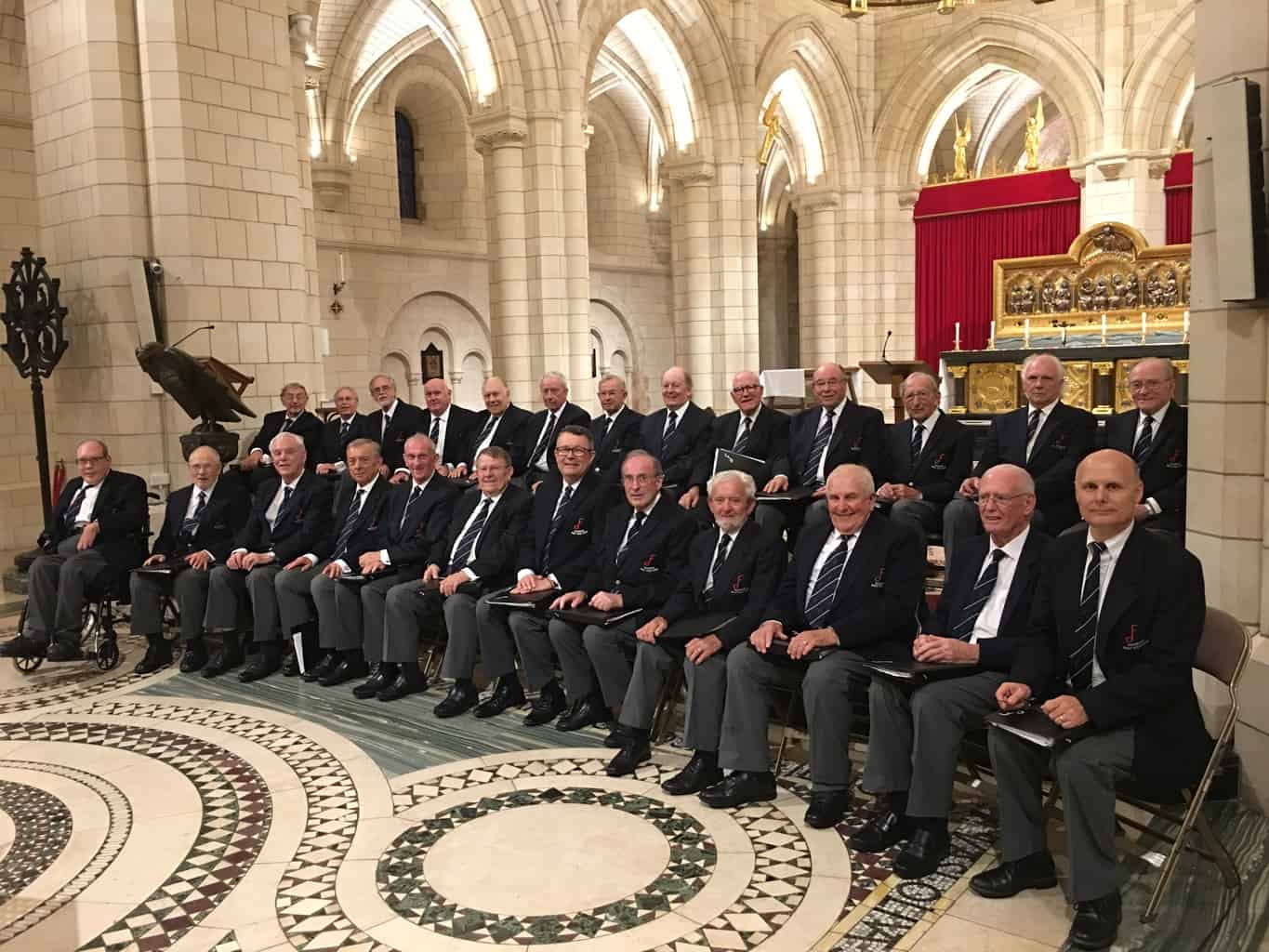 October 7, 2019– Rushmoor ‘Odd Fellows’ Male Voice Choir normally performs in Surrey and North Hampshire, but at the end of September made a longer journey westward to entertain audiences firstly in Bristol, then Buckfast and Chudleigh in Devon.

Rushmoor Male Voice Choir was founded in 1960 and during their 60-year history have been invited to perform at venues across the UK and Ireland including The Royal Albert Hall on six occasions. In addition, they have travelled multiple times to the German twin-town of Öberursel and even to Atlanta in the USA. The last weekend in September saw the choir venture a little closer to home with a mini tour of the West Country with concerts in three splendid locations.

On the Friday the choir performed in St James Priory, a monument of immense historical and architectural importance and the oldest building in Bristol still in use today. The second concert of the tour was held on the Saturday evening in the magnificent Buckfast Abbey, accompanied on the organ by Abbey organist David Davies and with guest performers from the local ladies’ choir, The Riviera Singers. Sunday saw the choir hosted by Lord Clifford of Chudleigh to perform in the St Cyprian’s Chapel at Ugbrooke House, which is claimed to be the oldest Catholic Parish Church in the south west of England. All three concerts were conducted by Musical Director Stephen Petch with accompaniment in Bristol and Chudleigh by Julia Wilson.

At the end of a tiring, but very enjoyable, weekend, Peter Viveash, Chairman of The Rushmoor ‘Odd Fellows’ Male Voice Choir, said “We were honoured to be invited to sing in three such prestigious venues – it was such a treat for the lads. It is always a joy to perform to new audiences, but we have now returned to focus on our Christmas concert in Farnham Maltings where we hope to delight our followers and even find some new friends in the local area.”

The Rushmoor ‘Odd Fellows’ Male Voice Choir Christmas concert will be held in Farnham Maltings on 6th December with guest performers The St Lawrence Chobham Handbell Ringers and in aid of Friends of Farnham Hospital.